Saturdays on the Square: John King 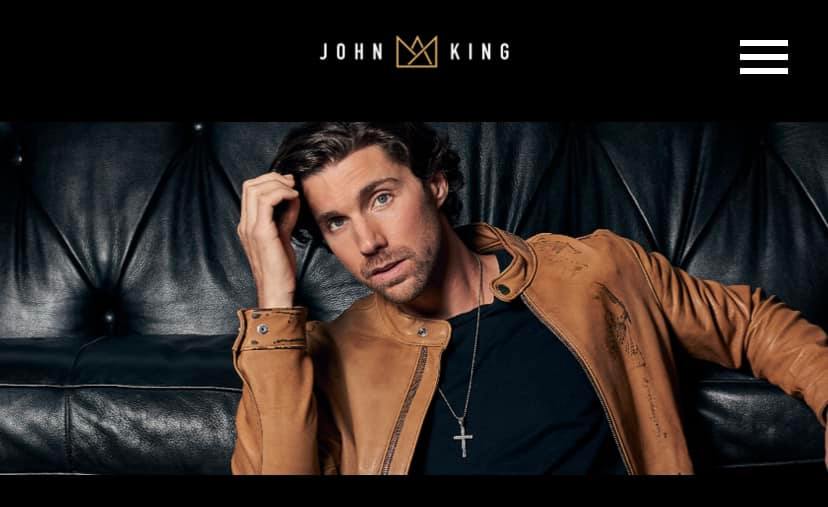 Always Gonna Be You, the full-length debut from chart-topping country songwriter John King, is an autobiographical album whose songs tell a universal story.

“Everyone has fallen in love,” says King. “Everyone’s had a broken heart. Everyone knows what it feels like to start growing up. I want to create music that speaks to people, so I write songs about the experiences we all share.”

Raised in the Appalachian foothills of northern Georgia, John King listened to a wide range of musicians —southern rockers like Lynyrd Skynyrd and The Black Crowes, classic craftsmen like James Taylor and Johnny Cash, and ’90s country stars like Garth Brooks and Alan Jackson — and worked construction jobs as a teenager. When he wasn’t pouring rocks at the worksite or studying in the classroom, he was usually at home, writing lyrics into his spiral-bound notebook and strumming his newly-written songs on an acoustic guitar. By 16 years old, he was writing multiple songs every week, often auditioning them for his friends around the campfire.

“A lot of those early songs were horrible,” he remembers with a laugh, “but if I’ve learned anything about writing songs, it’s the fact that the more songs you write, the better you get. I kept at it. I wrote a lot. By the time I came to Nashville, I already had a strong grasp on the structure of a good song, and that served me well once I got in the writing room with other songwriters.”

Served him well, indeed. Since relocating to Tennessee, King’s steady climb toward the top of the country music mainstream has been full of milestones. He’s become a Number 1 songwriter, penning Randy Houser’s chart-topping “We Went” (which earned him a 2016 ASCAP Songwriter Award) and writing Hootie and The Blowfish’s “Rollin” (the band’s first song to be released since 2005). He’s become a road warrior, too, playing an average of 150 shows annually while building his audience one gig at a time. Most importantly, King has begun telling his own story through music, launching his solo career with “Tonight Tonight” — a Top 40 hit whose anthemic chorus was heard everywhere from country radio to the weekly NFL recaps on CBS — and releasing his first full-length album with 2021’s Always Gonna Be You.

Always Gonna Be You takes its listeners into the writing room, where the album’s 11 songs — from “Try Saying Goodbye” (already a crowd favorite and viral hit, with more than 18 million streams) to the acoustic “Prettiest Girl in the Room” — were first recorded as demos. King wanted to preserve the raw charm of those homemade recordings, many of which had been tracked mere minutes after the songs were written. Rather than re-record each song in a traditional studio, he co-produced Always Gonna Be You with his large group of co-writers and collaborators, using his demos as the foundation for the finished tracks. The result is a country album filled with modern-day twang, heartland hooks, and the same diversity that imbued the music King grew up loving.

“Country music is really exciting right now, because artists are blurring the lines,” he says. “You don’t have to fit into one category. When I step back and listen to these songs, I hear southern rock, country, and pop. I hear me. I don’t know what else to call it. It’s just me.”

Driving home that personal touch is the album’s storyline, which follows King from his teenage years — back when he installed fireplaces and walkaways, sang songs by the campfire, and began dating the girl who would later become his wife — to his modern-day existence. It’s a story of romance and real life. A story that’s both fresh and familiar, filled with details we’ve all experienced: the rush of a new relationship, the brink of a breakup, and the thrill of falling in love. With his relatable lyrics and cinematic songwriting, John King has tapped into something that’s intimately personal yet also bigger than himself.

“There’s a flow to the album,” says King, an old-school music fan who still remembers the childhood joy of playing a record from top to bottom, experiencing the album the way its artist intended. “There’s an autobiographical narrative about me and my wife, and it unfolds chronologically. At the beginning, we’re a pair of high-school sweethearts who fall in love. In the middle of the record, we go through some tough moments. Toward the end, the record settles into things I feel now, and the lessons I’ve learned. We have a beautiful family together. We have a daughter. I’ve found myself — not only as an artist, but as a person.”

Call it a soundtrack to self-discovery. Call it a coming-of-age story, performed by a southern son whose country twang is matched by his pop hooks. Whatever the description, Always Gonna Be You is proof there’s a new King in town.