Although the origin of the name is uncertain, it is thought to have been designated to honor Colonel Darlington, a revolutionary war hero or to have been named for a town in England. 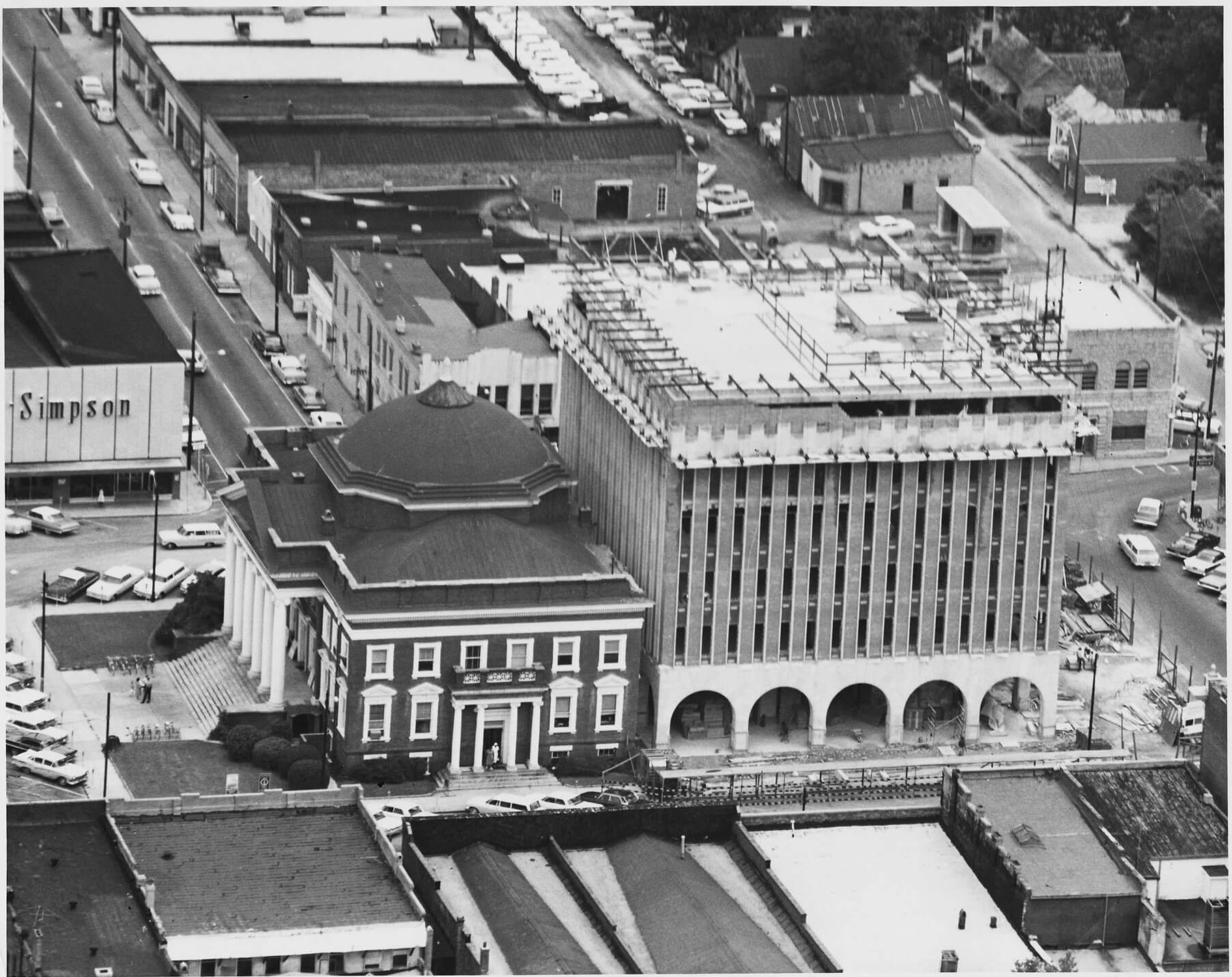 Before the Civil War, Darlington had little growth with population around 500.  As the area once known as Cheraws District was subdivided into what we know now as Chesterfield, Marlboro, and Darlington Counties, the population of the little villages began to grow.  By 1818, the St Johns School was formed.

During the Civil War, no battles were fought in Darlington, yet in early 1865 General Sherman ordered his troops to ride into town and destroy part of Darlington.  They burned down the train depot, cotton platforms and railroad trestles.  It was rumored that the worst fire to ever hit Darlington in 1866 was at the hand of drunken Federal soldiers.  The courthouse and jail were tragically destroyed.

After the war, the town was occupied by Federal troops until 1871.

Agriculture has always had great significance in Darlington.  First settlers brought in cotton farming, and over the years with an increasing acreage devoted to the planting of cotton, a Planters Club and the Darlington District Agricultural Society were formed for the purpose of promoting planting interests in the area.  Cotton warehouses and gins were established throughout the area and wealth of the area grew considerably, lasting strong until late 1800’s. Bright Leaf tobacco became the new cash crop in 1899.  As a result of the success in the market, Darlington became the largest tobacco market in South Carolina. 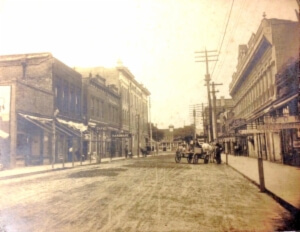 This was a time of progressive city government and economic prosperity, with banks and businesses opening regularly in the town.  Operations such as carriage makers, blacksmiths, watchmakers, saw and grist mills, turpentine distillers, began industrialization in the mid-1800s.  Even with the Great Depression, Darlington continued to have one of the largest tobacco markets in the country.  The cotton market along with other enterprises also survived the Depression.  You can still find a cotton gin on East Broad Street and a cotton seed oil mill (Hartsville Oil Mill) on Washington Street.

Although Darlington no longer has any tobacco markets, many tobacco warehouses still stand today, with Dixie Cup (originally known as The Individual Drinking Cup Company)  as an occupant of the old Imperial Tobacco Company building.  Setting up shop in 1938, the company offered many new jobs to the area.  Other industries in the late 1800s and early 1900s were established with still-operating Darlington Veneer Company, as one to mention.

Today, the city of Darlington is a member of the South Carolina Cotton and Tobacco Trails and is home to many prosperous cultural and historic events.  The Darlington Raceway, built in 1949-1950 by Harold Brasington brings in thousands of race fans every year. The tradition continues on Labor Day weekend with the Southern 500.  Fans can now visit the Darlington Stock Car Museum and the NMPA Hall of Fame, where collections of stock cars, memorabilia and the Liberty Lane Walk of Fame lend great homage to car drivers who have left their handprints marking history in our great town.

Historical Landmarks such as the Darlington Memorial Center, Dargan House, Wilds-Edwards House, Carnegie Library and Grove Hill Cemetery reflect our rich history.   The Architecture seen in the historical districts of the city of Darlington display the designs and features in vogue during the late 1800 era.  The homes today still depict the traditional character and the Historical Landmarks Commission work to keep the architectural historical elements alive today.  Learn more about our Historical Districts here.

The Darlington Veterans Memorial, located at the corner of Main Street and Orange Street in Town Square, honors our community members who faithfully served in the United States Military.

Harry Byrd played major league baseball with the Philadelphia Athletics as a pitcher and was 1953 American League Rookie of the Year.

Orlando Hudson played for the Arizona Diamondbacks of the National League and he is a three-time gold-glove winner for his stellar defensive play at second base.

Elliott Williams was a Medal of Honor recipient and is the most decorated Navy enlisted person in the history of the United States Navy.  He fought in both Korea and Vietnam and in honor of his service, a United States Navy destroyer was dedicated in his name.

Willam G. “Billy” Farrow was a United States Lieutenant and one of General Jimmy Doolittle’s Raiders that were the first Americans to bomb Tokyo, Japan in World War II.  Farrow, age 24, was captured by the Japanese and executed for his role in the bombing.  Lieutenant Farrow is buried at Arlington National Cemetery in Arlington, Virginia.