E-SPORTS AT THE DARLINGTON RECREATION DEPARTMENT 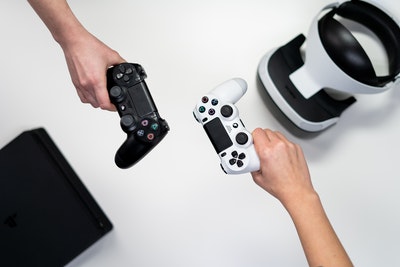 As our world evolves into more and more Internet-based entertainment, kids in Darlington will be along for the ride. The City of Darlington Recreation Department expands its programs with the addition of E-Sports this spring.

According to a recent report from Newzoo, a market analytics company, 380 million people worldwide watch E-Sports, and the 2017 League of Legends World Championship drew more than 80 million viewers. All that adds up to big business. E-Sports revenue is expected to surpass $1 billion, including events, game sales, ticket sales, prize money, sponsorships, and endorsements.

The system pits teams of five against five in a variety of online leagues, such as Rocket League, Legion of Legends, Valorant, and Fortnite. Teams can compete in-house to practice or versus other towns – even scrimmage against college and university teams – from places as far away as Las Vegas. More than 50 college have varsity eSports programs, including Coker University in Hartsville, USC Sumter, and Savannah College of Art & Design in Georgia.

E-Sports is geared toward team building through tactical games. There are missions to complete where the kids have to work together to win.

Videogames are a bigger industry than movies and North American sports combined, thanks to the pandemic

In October, City Council approved the purchase of $36,000 in equipment that should last for about 10 years.

The Florence County Recreation Department led by Nathan Dawsey has been the guinea pig for E-Sports in the Pee Dee region, as that program kicked off last year. Dawsey has been encouraging other towns to get involved. So far, there are 10 statewide including Charleston, Columbia, Laurens, and Greenville.

Jett says the department wanted this expansion to try to reach children they haven’t previously reached through traditional sports. “This reaches kids who aren’t into sports like baseball and basketball as much.”

He added that COVID restrictions forced the department to make changes and shift their thinking, running a flag football league this fall instead of tackle football.

Half the kids who participated in flag football were new to the recreation program.   This led to some who never played sports before and getting them interested in sports, reaching them in a way peers can when adults can’t.

Interacting through a screen and video game character helps boost those who are shy or simply don’t communicate well under normal, face-to-face conditions of traditional sports.  This is an avenue for autistic and disabled children or others who are not physically able to perform as required by other sports.

For parents concerned about cyber-bullying, no need to worry.  The games have a set filter system to detect cursing, bullying, threats, etc. and to identify which computer these issues are originating from.

The market of kids interested in video gaming grows every year. According to The NPD Group research, four in five Americans play video games, and that includes 91% of children.

With that figure in mind, Jett expects to have a waiting list.

The season will run for six weeks in the spring with 30 children per season. The program will run three nights a week, three hours per night, with the schedule broken down by age groups, 9-11, 12-14, and 15+ (high school age). Each group will meet once a week, Monday, Tuesday, or Thursday upstairs at the Harmon Baldwin Recreation Center. The Department plans to hold up to three E-Sports seasons in 2021.

The cost to parents will be $50 per child per season and includes a gaming jersey and insurance.

The Department plans to hold extended seasons, basically an additional six-week workshop after the regular competitive season where the children will build a video game and sell it on the Play Store. This extra attention qualifies the program for STEM grants and will foster computer programming skills, adding another layer to the program.

Local downtown business Asset Technology Group has at least two employees signed up to volunteer to coach and mentor the teams.

Corporate sponsorships are available for teams, jerseys, and even the screens, chairs, and tables. The Department plans to use the space and equipment to rent for Fortnite parties and birthday parties as well.